Vaiflo's experience in music started back in the early 80s, when his mother was cleaning the house and he singing along the albums she was listening to (Queen, Mike Oldfield, and some 80's disco like Savage were the top hits of the day). Years later he learned by himself how to play keyboards, and not too long later on he taught himself how to play guitar and bass. After explorating punk and post rock scene in where he started, his bands (mostly instrumental) ead more on Last.fm 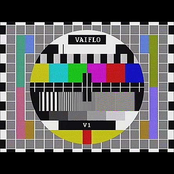 When I Was An Alien