The Flame Test are an alternative rock power trio featuring Johnny Blanko (Guitar/VOX), Matt Halstead (Drums), and The Meekster (Dirty Bass/Backing Vox). The British band formed in London in late summer 2010 through Matt, being a mutual friend of both Johnny and The Meekster. Having all grown up on the Rolling Stones, Jimi Hendrix, AC/DC, G’N’R, Oasis, the Beatles, and the Ramones helped burn into the guys a love of noise and melody, to which they found their common bond. ead more on Last.fm 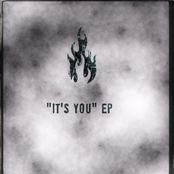