Phuque (formerly known as Unknown Artists, until early 2009) is a two-man band from Tallinn, Estonia. It was formed in the beginning of 2008 by two handsome teenage boys - Hendrik Tammjärv and Kristjan Terase. They started out with playing their bedroom-recorded tracks at school gigs, but their first step to stardom was when they were invited to play in Tartu Pärmitehas. After that they have rocked the stages at club/bar/theatre Von Krahl and cafe Protest, to name a few. ead more on Last.fm 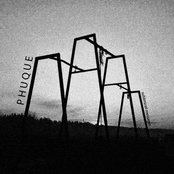