N.A.S.T.Y Crew (Natural Artistic Sounds Touching You) are a East London-based Grime crew widely considered as pioneers of the grime scene and one of the most popular acts on the underground. N.A.S.T.Y Crew was founded by Marcus Nasty with the original and most popular line up consisting of Kano, Jammer, D Double E, Footsie, Monkey, Stormin, Mak 10, Sharky Major & Hyper. N.A.S.T.Y Crew had the most popular show on pirate radio station Deja Vu on Monday nights from 8pm to 10pm ead more on Last.fm 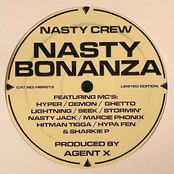 The Classics - Destruction Volume One

This Is UK Grime: Vol II

This Is UK Grime, Vol. II

THE LORD OF THE DECKS - THE FELLOWSHIP OF THE MIC

This Is UK Grime Vol 2

Lord Of The Decks: Fellowship Of The Mic Vol. 1

Best In '06 The Kings Are Coming III

Lord of The Decks 2

Lord of the Decks Vol. 1: The Fellowship of the Mic

Westwood Ride With The Big Dawg

Fellowship Of The Mic 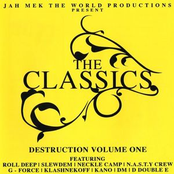 The Classics: Destruction Volume One