Starting his music career in 2010 at the fresh age of 18, Moniere Nance is a tripple threat in his own right. An actor, a singer, and a rapper. Working steadily in the studio since June of 2010, Moniere launched his first single entitled "Love Trip" on December 25, 2010. He plans on promoting diversity in his music, blending all styles from hip hop, rock, indie, country and even metal. Moniere teamed up with producer/songwriter/engineer, (and also Moniere's manager); Jim Agrippe (aka. ead more on Last.fm 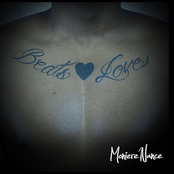