From michaelarkkmuzik.com Michael Arkk - Singer, Songwriter, Producer and Poet, delivers a powerfully charged show every time he performs. His songs, his poetry are of unusual depth. He started singing from his early teens in his native country Jamaica and has travelled around the world delivering his unique blend of music and poetry. Brought up in Jamaica in the church where his Dad was a minister Arkk was influenced by gospel singers mostly from America such as Mahalia Jackson ead more on Last.fm 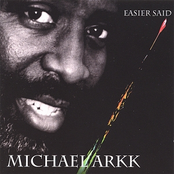 The Reggae Club Night Side A