Avani first began singing in her teens with a local South London band, but after a couple of years the band broke up. But during the band’s short career one of the people who had seen them and been impressed by her vocal ability and stage presence was UK manager Tony Hall. Tony’s track record in introducing new UK black music stars is second to none – in the Seventies he guided the career of the Real Thing, in the Eighties he managed Loose Ends, and in the Nineties he handled the career of Lynden David Hall ead more on Last.fm 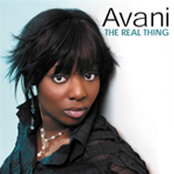 Summer Soul 2: How Sweet It Is