Acoustic Jim (AKA Jim Hustwit), 31, is a Leeds-born singer song-writer and producer whose catchy infusion of soulful acoustic pop won him the title of ‘Best Male Solo Artist’ at the People’s Music Awards. Jim has just self-released his eagerly awaited debut album “Hanging up My Cape” which he wrote and produced. The album boasts an eclectic contrast of brooding strings, bold brass arrangements and driving bass and beats. The sound is best ead more on Last.fm 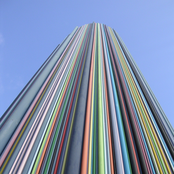 Hanging Up My Cape

Made By By The Bed