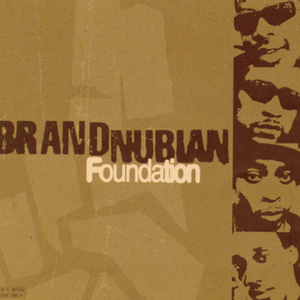 Foundation is the fourth release from Hip Hop group Brand Nubian. The album marked the reunion of the four original members, Grand Puba, Sadat X, Lord Jamar and DJ Alamo, who hadn't released an album together since their 1990 debut One for All. Foundation saw the group regain their past success, critically and commercially. The single "Don't Let It Go To Your Head" became their biggest Billboard Hot 100 hit in 1998. User-contributed text is available under the Creative Commons By-SA License; additional terms may apply.