Album: Sting In The Tail 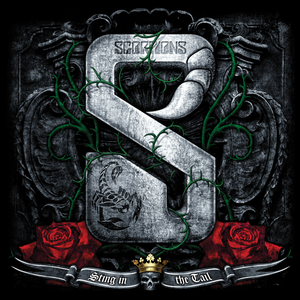 Sting in the Tail is the seventeenth studio album by German rock band Scorpions. It was released on March 19, 2010 in Europe (March 14 in Greece and was released on March 23 in North America. It will likely be their last studio album before retirement. The album has a duet featuring the Finnish symphonic metal singer Tarja Turunen, in the song "The Good Die Young". A tentative title for the album was Humanity: Hour II, however this was eventually scrapped. First week sales in the United States were 18,500 copies sold placing it at No. 23 on the Billboard 200. In Germany the album debuted at No. 2, but fell in its second week to No. 3, in France at No. 16 and in Greece at No. 1. The album also peaked at Number 2 on the Billboard Rock Charts Klaus Meine: Lead vocals Matthias Jabs: Lead guitar, Backing vocals Rudolf Schenker: Rhythm guitar, Backing vocals Paweł Mąciwoda: Bass, Backing vocals James Kottak: Drums, Percussion Tarja Turunen: Vocals on "The Good Die Young" User-contributed text is available under the Creative Commons By-SA License; additional terms may apply.