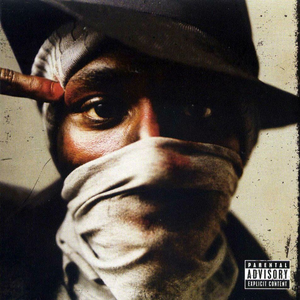 The New Danger is the second studio album by American hip hop artist Mos Def, released October 19, 2004 on Rawkus and Geffen Records in the United States. The album was also released in Canada and continental Europe through Geffen, and it featured distribution in the United Kingdom on Island Records. It is the follow-up to his breakthrough solo effort Black on Both Sides (1999), after which he further involved himself in a film and stage career. Production for the album was handled by Mos Def, Kanye West, 88 Keys, Minnesota, Warryn Campbell, and Psycho Les. Primarily a hip hop album, it also exhibits musical styles such jazz, blues, and rock music with an experimental, jam session-atmosphere. It also features contributions from Mos Def's rock musical project Black Jack Johnson, which was named after boxing champion Jack Johnson and consists of guitarist Dr. Know, keyboardist Bernie Worrell, bassist Doug Wimbish, and drummer Will Calhoun. Upon release, The New Danger received generally mixed or average reviews from music critics, based on an aggregate score of 59/100 from Metacritic. Critics of the album were divided in their responses by its uneveness and sprawl. User-contributed text is available under the Creative Commons By-SA License; additional terms may apply.