Album: Black On Both Sides 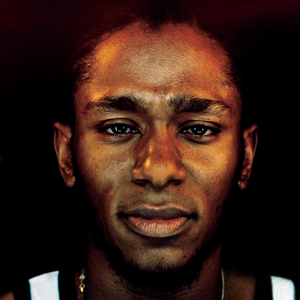 Black on Both Sides is the debut solo album of American rapper Mos Def, released October 12, 1999 on Rawkus Records. Black on Both Sides features an emphasis on live instrumentation and socially-conscious lyrics. On February 2, 2000, the album was certified Gold in sales by the Recording Industry Association of America (RIAA), following sales in excess of 500,000 copies. Talib Kweli (one-half of Black Star with Mos Def) and Busta Rhymes are the only main rappers to be featured on the album. Kweli raps the second and final verse of "Know That", while Busta goes back and forth with Mos on "Do It Now". Q-Tip helps sing the chorus on "Mr. Nigga" but doesn't deliver a verse. The lyrics Q-Tip recites are similar to his previously stated lyrics on A Tribe Called Quest's "Sucka Nigga". Vinia Mojica (who is known for singing on Native Tongues songs) also sings a duet with Mos Def on the song "Climb". The album features a mix between established and rising producers. DJ Premier, considered by some the greatest hip hop producer ever [14], provides the "Mathematics" instrumental. Diamond D also is credited for one beat, which is "Hip Hop". Ali Shaheed Muhammad, known mostly as a member of A Tribe Called Quest, produced the seventh song "Got". Psycho Les of The Beatnuts did a little more than the aforementioned producers by supplying two beats (The ninth and tenth tracks "New World Water" and "Rock N Roll", respectively.) Jazz legend Weldon Irvine provided additional production to "Climb". Ayatollah, who went on to receive moderate success, produced "Ms. Fat Booty" (the most famous song from the album) and "Know That". The same followed for 88-Keys after he made "Love", "Speed Law" and co-produced the instrumental outro "May-December" with Mos Def, himself. David Kennedy (The first swing of "Brooklyn" and "Umi Says" produced with Mos Def), Mr. Khaliyl ("Do It Now"), DJ Etch-A-Sketch ("Climb" and "Habitat"), Ge-ology (The second swing of "Brooklyn") and D. Prosper ("Mr. Nigga") round out the other contributors. The late Jay Dee also contributed, but his work was not included on the album's final draft. Mos received production assistance on most of the album's tracks. His only sole production credit comes at "Fear Not of Man", but he provided additional production to four tracks (Hip Hop", "Rock N Roll", "Climb" and "Mr. Nigga") and co-produced three ("Umi Says", "Brooklyn" and "May-December"). User-contributed text is available under the Creative Commons By-SA License; additional terms may apply.