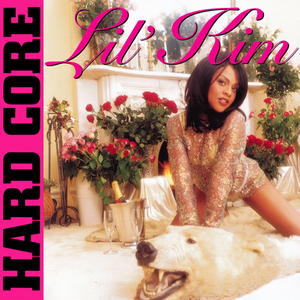 Hard Core is the debut studio album by American rapper Lil' Kim. It was released on November 12, 1996, by Undeas Recordings, Big Beat Records, and Atlantic Records. After achieving a success with the hip hop group Junior M.A.F.I.A. and their album Conspiracy (1995), Kim began working on her solo album with The Notorious B.I.G. serving as the executive producer (besides this, he performed on four songs). She collaborated with a number of producers, such as Sean "Puff Daddy" Combs, Stevie J., David "Ski" Willis and Jermaine Dupri, among others. Other rappers, including Jay-Z, Lil' Cease and Puff Daddy were featured on the album. The album was notable for its overt raunchy sexual tone and Kim's lyrical delivery, which was praised by music critics and is considered a classic album.[1] Hard Core debuted at number 11 on the US Billboard 200 and at number three on the Billboard's Top R&B Albums, selling 78,000 copies in its first week, while reaching number 26 of the Canadian Albums Chart. The album was certified double platinum by the Recording Industry Association of America (RIAA), and has sold over five million copies worldwide. User-contributed text is available under the Creative Commons By-SA License; additional terms may apply.