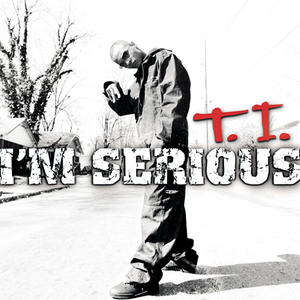 I'm Serious is rapper T.I.'s debut album, It was released on October 9, 2001. The album features guests Pharrell of The Neptunes, Too Short, YoungBloodZ, Pastor Troy, Bone Crusher, Lil Jon, Beenie Man and Jazze Pha. Production by The Neptunes, Jazze Pha, Madvac, and DJ Toomp. The album has sold around 268,000 copies. It is his lowest-selling album to date. It was released through Arista Records, which spawned the single of the same title which featured reggae vocalist Beenie Man which failed to chart. As a result of the poor sales, T.I. was dropped form Arista and subsequent releases were made on a label later founded by T.I. and distributed by Atlantic Records User-contributed text is available under the Creative Commons By-SA License; additional terms may apply.